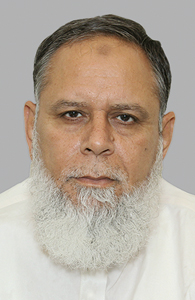 Khalid Riaz is a veteran of the retail and oil transportation sector with rich experience in the field spanning more than 35 years.

In 2011, Khalid Riaz came up with the idea of starting an OMC, which was taken forward. He partnered with Sheikh Shehzad Mubeen & Bilal A. Ansari and formed GO.

This Sliding Bar can be switched on or off in theme options, and can take any widget you throw at it or even fill it with your custom HTML Code. Its perfect for grabbing the attention of your viewers. Choose between 1, 2, 3 or 4 columns, set the background color, widget divider color, activate transparency, a top border or fully disable it on desktop and mobile.